My name is Yuichiro Tomozoe and I am the designer at 'GOZA.'.
I think that creating products that people will love at first sight is the key to bringing the old world or goza into the new.
I have taken inspiration from a wide range of designs from around the world in creating this range. 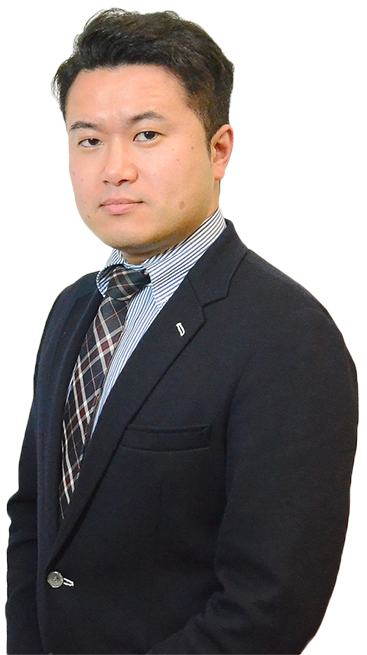 Born in 1984 Yanagawa city, Fukuoka Prefecture, Japan.
After graduating from High School in Japan, studied abroad in Cambridge in the U.K. (Studied the basics of design including Architecture, Fashion & Textiles, Graphic Design and Photography at Cambridge Arts and Science Design School).
Afterwards went to study Architecture at Kingston University in the U.K. (studying along with, and drawing inspiration from the clash of cultures with, students from all over the world).
On days off travelling within the U.K or around Europe, visiting museums, historic or iconic buildings fed into this study.
After graduating from university, went to work in an architectural company in London (Designing interiors and layouts for offices and shops for well-known British and Japanese companies).
In 2011 returning to Japan entered an architectural company in Japan (designing offices for financial sector companies across Japan).
In 2015 entered my father's business Kyushu Busan Limited. Set up the GOZA. brand (taking on various roles from planning to bringing products to market with small products using igusa at the centre).

Living abroad I found that I gained a new appreciation for Japanese traditional crafts and culture.
I thought that I wanted to revive the popularity of igusa goods in modern Japan.
In order to protect the traditional methods of the igusa I wanted to remind people of the benefits of igusa.
I had two policies when creating igusa products:
1. Not just creating products that sell well but creating products which really catch the imagination
2. Creating products which are of this time and this place
Specifically: using only Japanese materials; only doing what no-one else is already doing; meeting the needs of users while focussing on new patterns and colours.
My aim is to create a wide range of products, make these available to buy in as many places as possible and spread the wonders of the traditional Japanese craft of GOZA. around the world!